Astronomers from SOL III are horrified to discover a massive meteorite heading straight for the planet, set to arrive 2 weeks after its discovery. Each nation/alliance has only enough time and resources to build 2 fission bombs. Although not enough to destroy the meteor, they hope to at least divert its course so the planet does not suck the meteor into its magnetic field.

1) Cut out the game board and the pieces.

2) Tape the back of the game board so the shorter part is on the bottom.

1) Before starting a game, decide how many turns a game will last. A "turn" is when every player can roll the die and move a piece. 2-5 turns are optimal.

3) Roll the die according to that order.

4) put the piece on the marked line, missile point facing towards the METEOR.

5) The player whose bomb is closest to the METEOR when the set number of turns ends wins.

HOW TO WIN THE GAME

1) The first player to have all their bombs reach the END (the METEOR) wins.

2) All the bombs reach the METEOR before the set number of turns ends (including the last turn of the last player).

3) The player whose bomb is closest to the METEOR when the set number of turns ends wins.

***OPTIONAL***Feel free to make explosion sounds/actions everytime a MISSILE (a PIECE) reaches the END (the METEOR). If all the MISSILES reach the METEOR feel free to do it together at once!

Jesus - gave me the idea-pushed me to finish it. Thank you Jesus! 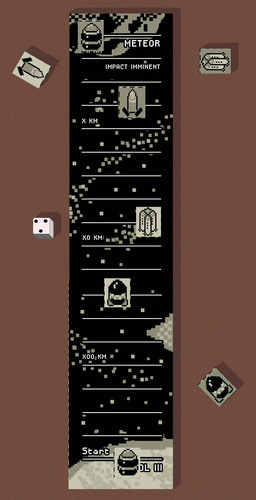 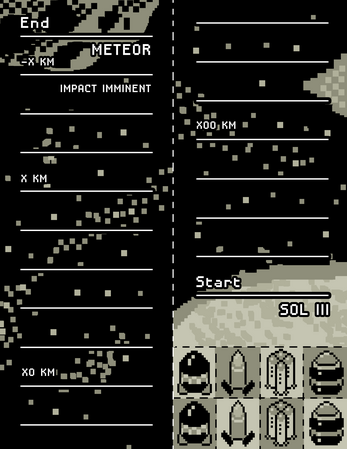 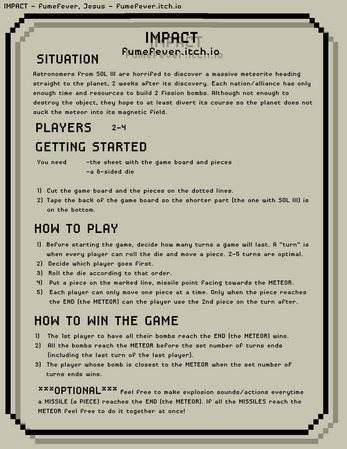